Around the world, every day of the year there are scientists running experiments. Most of these trials come and go without so much of a mention, becoming just another small drop in an ocean of knowledge. But every now and then an experiment produces a result that becomes a story, a story that becomes an opportunity and an opportunity that becomes something tangible to the masses. It feels like this is the case for Bakuchiol, at least under the circumstances it currently finds itself under. It feels like this is Bakuchiol's skincare moment and to find out why, we're going to read this book backwards. Starting with the final chapter.

Google 'Bakuchiol' and you'll find yourself faced with wall-to-wall blog posts, product promotions and summary articles touting the retinol-like benefits of this plant-derived ingredient. This mighty claim feels like a brave call given the scientific-proof-paper-to- marketing-pitch ratio I quickly become aware of. But I've learned not to be so hasty in my judgement of all things cosmetic. Sure, this is an industry of tall tales, some of which are built on shallow foundations but there's usually something of value there. An opportunity for further investigation or a new spark with which to fire up our imaginations...

With that clear in my mind, I continued my research.

What Makes Retinol So Good For The Skin?

Retinol is definitely up there as a 'gold class' skincare active having collagen boosting, wrinkle smoothing, sebum normalising, pore-shrinking and pigmentation evening qualities. Without retinol our skin quite literally falls apart, losings its structural and functional integrity. As a skincare active Retinol falls under both cosmetic and pharmaceutical legislation with the line drawn both in terms of the claims the product makes and the concentration of Retinol it contains. With that in mind it's easy to see why the prospect of a new source of Retinol chemistry would get tongues wagging!

As I write this, I'm fighting my inner narrator who wants to make it known that nature already has its own retinol and its own retinol precursors (or pro-vitamins). From now on I'll refer to these as Retinoids.

Retinoids are an essential human nutrient and are typically accessed through our diet as either retinyl palmitate from meat or Carotenoids from vegetables. Both retinoids exist naturally in our skin and can be topped up either from topical application or through our diet.

Retinyl Palmitate and Carotenoids are the most stable chemistry within the retinoid family and are used by our bodies (including our skin) to transport and store vitamin A. When the time is right to access this vitamin, a cascade of chemical reactions occur that transform the storage retinoids into their biologically active state, retinoic acid:

If we take the above into consideration it is clear that retinol already exists in nature that that Bakuchiol didn't need to come along and claim that prize. However, there must be something in this claim as it has gathered a lot of attention. Is the issue that some natural sources of retinol are animal derived or is it something else?

Where Does The Cosmetic Industry Get Its Retinol?

I wish to make it clear that in all the time I've been involved in the cosmetic industry I've never come across animal-derived Retinoids being formulated into products. In my experience and based on the research I've carried out the majority of retinoid chemistry comes from vegetable carotenoids or chemical synthesis.

It is fair to say that synthetic retinoids dominate the cosmetic industry, providing cosmetic chemists like myself with materials of known strength, purity and solubility. In this context I'm using the word 'synthetic' to indicate a chemical that has been synthesized rather than harvested. However, it is important to note that for the most part, these synthesised Retinoids are nature-identical rather than invented chemicals and as such, they are biomimetic in nature.

The first commercially viable method of producing Vitamin A industrially was first published in 1946 by Arens and Dorp and since then the chemistry and processing steps have been tweaked and changed to improve the ingredient quality yield and production costs. The synthesis generally occurs over a series of steps in what can only be described as an industrial process. For this reason, it has not really been appropriate to classify ingredients such as Retinol and Retinyl Palmitate as 'naturally derived' although one could easily market them as 'nature-identical' which is often good enough.

Carotenoids are used in cosmetics as plant-based 'Retinol's' but are typically thought of as inferior to their synthetic cousins due to a number of factors. First, they typically require liver or intestinal enzymes to start the conversion to retinol, second their ability to penetrate the skin and enter the bloodstream is limited and third, their concentration is subject to batch-to-batch variability. While these factors do point to Carotenoids being of little to no value when topically applied the reality is surprisingly different. Research over the last few years has deepened our understanding of this skin and uncovered a potential oxidation pathway for catalysing the breakdown of carotenoids to retinol when topically applied.

To summarise, the reality for cosmetic chemists is that we have either highly active and pure synthetic retinol and retinyl palmitate to work with or we can use completely natural but less effective Carotenoid-rich materials. So, a gap for a plant-extracted retinol equivalent definitely exists and it's in that gap that we find Bakuchiol.

Is Bakuchiol A Natural Source of Retinol?

From a chemicals perspective no. Bakuchiol has a different chemical structure to retinol and is classified as a meroterpene while retinol is a diterpenoid alcohol. From a chemistry perspective it is not accurate to suggest that these things are the same.

While Retinyl palmitate and carotenoids are also chemically different to Retinol both can be transformed into Retinol via biological processes. Bakuchiol does not have that capacity.

The Origin of The Retinol Reference

The Bakuchiol/retinol hype stems from a scientific study carried out in 2019 that pitched this plant-extracted chemical against retinol in a clinical trial of 44 subjects (1). The trial concluded that Bakuchiol had 'retinol-like' efficacy, producing visually similar results to the retinol infused products over the same time frame (although not with the same dose, the retinol product was 0.5% used once a day, Bakuchiol 0.5% used twice a day). This study built on data from a smaller trial which concluded in 2014 and found the Bakuchiol to interact with the same anti-ageing gene pathways and proteins that retinol does.(2).

While these studies are small and less robust than many studies used to prove the efficacy of Retinol, they are still noteworthy. It is clear from this data that Bakuchiol has biological activity and that it in spite of its different structure, it is able to produce similar outcomes to Retinol even at a DNA level. This definitely gives the cosmetic chemist something to be excited about!

Combining the words 'retinol-like activity' and 'natural' in one sentence is undoubtedly what has propelled this ingredient to Cosmetic Industry Stardom. The Bakuchiol glow reaches far beyond what the scientific evidence can reasonably support although it is also fair to say that the data we do have is promising, a good start.

What the team behind the marketing of Bakuchiol have done very well is identify a gap in our anti-ageing chemical armoury, presenting us with an ingredient that delivers proven benefits, spanning a whole spectrum of Retinol-like outcomes from a concentrated natural extract. 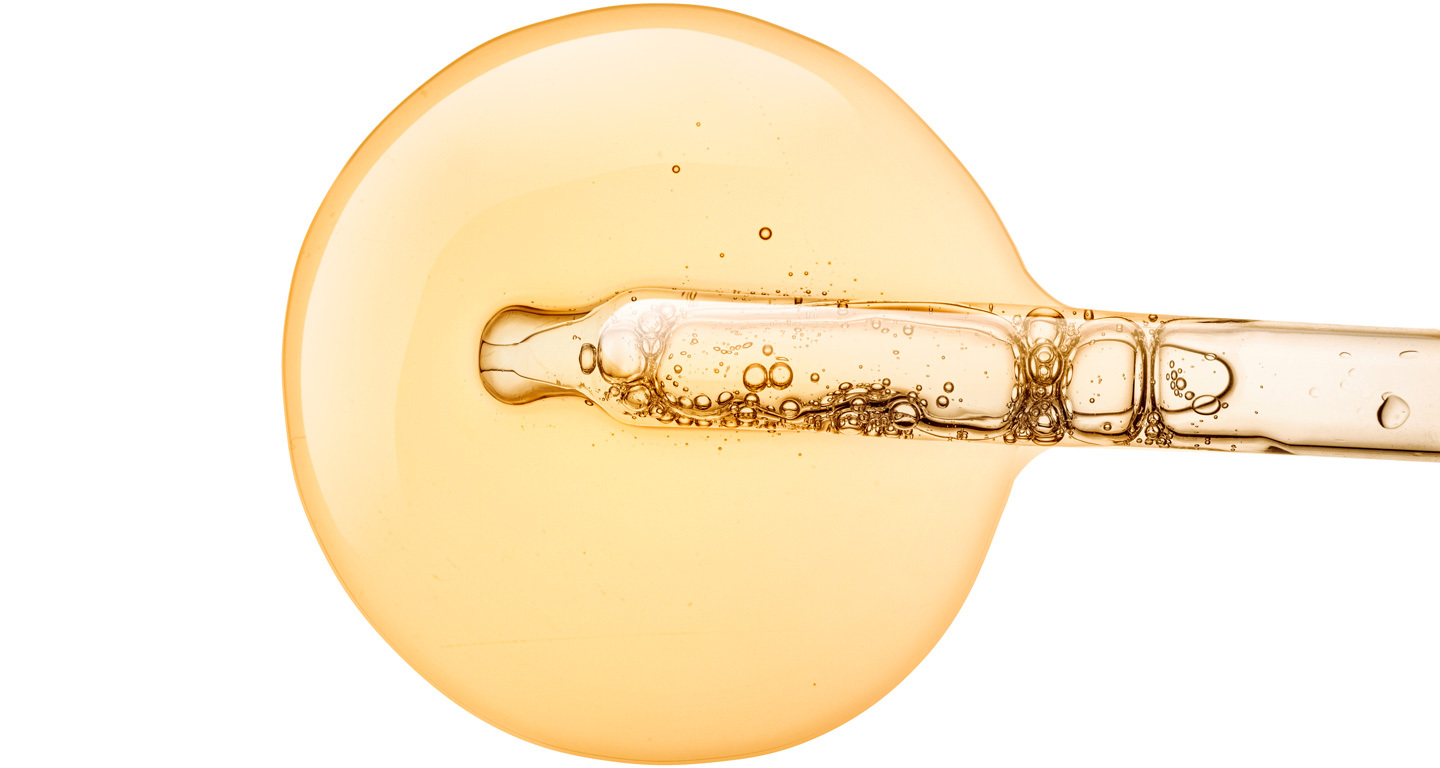 Bakuchiol didn't come out of nowhere and achieve this. It's chemistry and biological activity have been understood for centuries both as the chemical isolate Bakuchiol and as psoralea corylifolia plant extracts. Both Chinese and Ayurvedic medicine reference this plant as a treatment for a variety of diseases of the skin including acne, eczema, dermatitis, leprosy and bleeding disorders. These historical references have, in turn inspired many modern clinical trials across the food, medicine and cosmetic industries.

As a cosmetic chemist I can't overlook the fact that clinical data supporting Bakuchiol as a Retinol alternative is exciting but rather limited. I also can't ignore the trickle of irritation reactions that have been reported after using products containing this ingredient. This is not unusual for biologically active chemicals, but it does throw up a red flag to me, reminding me not to get over-excited with this, to be mindful of its skin penetration capacity and to formulate it into a product respectfully (no doubling or tripling the recommended dose). That said, I can't overlook or understate the desire the market has for a truly natural, high-strength Retinol alternative. Bakuchiol may not be retinol-like in chemistry, but the skin doesn't seem to care and that's enough to leave me wanting to explore further.

Bakuchiol - Let's buy it and try it.

Bakuchiol is available at New Directions as a concentrated active and formulated into a Booster Serum.