Articles & Recipes Articles Don't Get Water In Your Salt Scrub

Don't Get Water In Your Salt Scrub 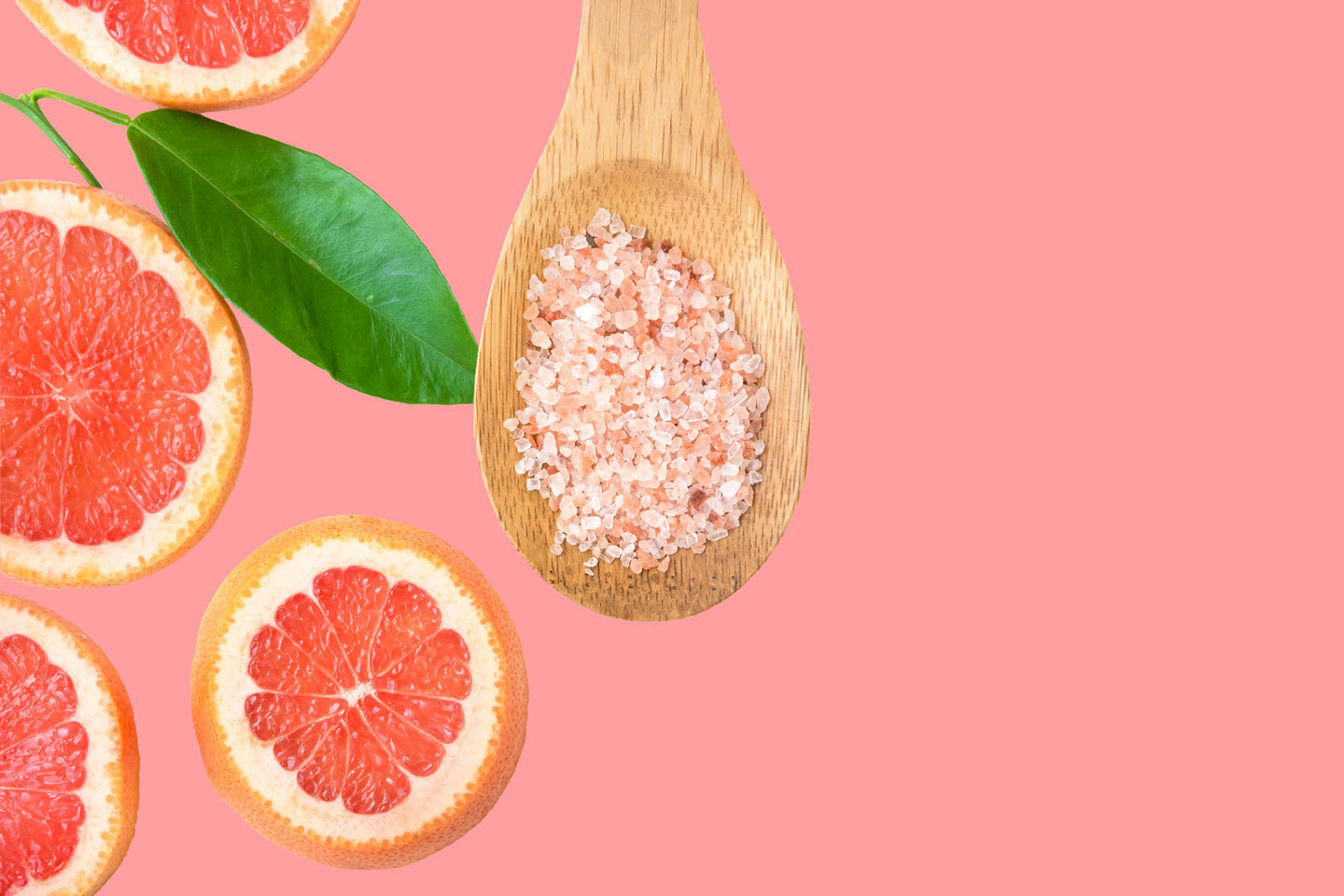 A common way of assessing a cosmetic ingredient is to explore what it mixes with and for many, that starts with whether the ingredient is oil or water soluble. The fact that salt is both readily soluble in water and insoluble in oil is used to our advantage when making salt scrubs, allowing us to harness their exfoliant properties in a spreadable emollient base. The aesthetic of a salt scrub can vary from dry and granular, viscous paste-like solids through to those with a flowable oily top layer blanketing a crystalline salty bottom. Unlike in many cosmetic formulations, scrubs which lack homogeneity and that form these layers are not damaged or broken or less attractive to the public. Indeed, salt scrubs are enduringly popular in all their guises, thanks to their simplicity, wholesomeness and the way they leave your skin feeling.

Beyond salt and oil, many brand developers build additional functionality into their formulations by adding herbs, essential oils and fragrances, milk powders, clays and secondary exfoliant particles. Some brands also seek to add surfactants (soap-type ingredients) to help improve the cleansing capacity of the scrub and change the way the product rinses from the skin. It is within this creative space that things can become a little complicated.

A Closer Look At Salt

Salt has the ability to pull water from the atmosphere, other ingredients in your formula and from the skin! We call this property hygroscopicity and, when managed, it's extremely useful.

Those of you with a salt lamp at home or who have spent time in more humid climates will have experienced salts middle zone. That's the space where it is still solid but has somewhat softened, become tacky, gluggy and less able to flow through the salt shaker. At this point the salt still looks crystalline if not a little softer but if we could get up close and look at its granules we would find them surrounded by water molecules. You could think of the salt crystal as a magnet that's electrically attracting water to its self. Each salt crystal has a carrying capacity beyond which it changes form, becoming a liquid. This property of salt, is called deliquescence and it's not just Sodium Chloride or regular salt that does this. Sodium Hydroxide, Calcium Carbonate (chalk), Magnesium Sulphate (Epsom salts), Magnesium Chloride and a few others do this too. Salts differ in both their water pulling power or attractiveness and their carrying capacity. This explains why Magnesium Chloride often looks soft and wet while sodium chloride is, for the most part quite dry!

Water of the type we are talking about here (i.e. the small, hidden drops rather than the saturated-in-the shower situation) can fall into two categories

A) The moisture absorption is small, softening the particulate salts but not liquefying them.

B) The formula moisture level is high enough to liquefy the salt and ruin the formula over time.

All scrubs that contain 'naked' salt, that is salt particles that are not submerged in or surrounded by oily ingredients, can experience scenario a. This is typically what happens when water from the air or incidental splashes in the bathroom hits the salt crystals.

The salt-water relationship is dynamic, so just as salt can pull water to it, it can also let it go and as humidity and temperature levels rise and fall. The water levels in your salt scrub will also rise and fall in this scenario, usually with little to no visible change in the salt crystal shape and size.

This type of exchange is more pronounced in salt scrubs presented in air permeable packaging and in all containers that are left open to the elements. Many crafters assume the greatest risk to product integrity in this scenario is microbial - that the water will make microbes grow and that as such, a preservative should be added. While we'd never write that risk off without microbial testing, it is unlikely to be the main concern given the water level in this scenario is typically low and is attached to the salt thus making it too salty for the microbes to drink. Most often, the biggest risk in this scenario is premature oxidation, especially if the oils in the formula are polyunsaturated, top to middle note essential oils and oils that contain natural colours such as chlorophylls and polyphenolics.

In the early phases, water-induced oxidation is something you smell rather than see. Salt scrubs that develop a strong rancid or 'off' odour sooner very shortly after making them, (typically one to three months) may be the victims of salt's hygroscopicity. If this is the case, changing the oil phase to one that's more oxidatively stable, changing the proportions in the formula so the salt crystals are all submerged under the oil or thickening the formula so an oily layer coats the salt can all be worth investigating. These 'fixes' are likely to work better than adding some or more vitamin E (antioxidant) or adding a preservative.

Scenario B is often caused by a subtle fault in the formula. This situation can creep up and happen even when the product is appropriately packaged and unused. In these cases, the culprit is usually unintentional water addition, that is water that snuck into the formula with or because of another ingredient.

It is relatively common for people starting out in the formulating world to take ingredients at face-value and not dive deeper into what they are and how they behave. Here we'll look at two common examples of how water gets into your 'dry' formulations and ruins it from the inside out.

Ingredients That Come With Added Water

Many ingredients are supplied as dilutions, mostly to make them safer and/or easier to handle. For this reason, it is important to check the full INCI breakdown of whatever ingredient you want to add to your scrub. Some natural ingredients won't mention water in their INCI lists as the ingredient isn't made, it exists that way naturally. This is the case with honey which contains 15-17% water - enough to make it a problem in a salt scrub. For brands wanting to add honey, powdered is a better choice. However, keep in mind it too is highly water soluble and has a high humectancy (water pulling power) so you would want to test your formula under humid conditions to ensure it can handle them.

While a tiny bit of moisture on a dry powdered ingredient is unlikely to cause a problem, water listed as a significant proportion of a product should be avoided or handled very carefully.

Some examples of ingredients that can contain 'hidden' water are below:

Ingredients such as hyaluronic acid and beta glucan which can be found in powder form may be added to a salt scrub in small quantities in some instances. However, as these ingredients require a lot of water to fully hydrate and become useful, it's unlikely you'll get enough benefit from these expensive additions to make their input worthwhile. 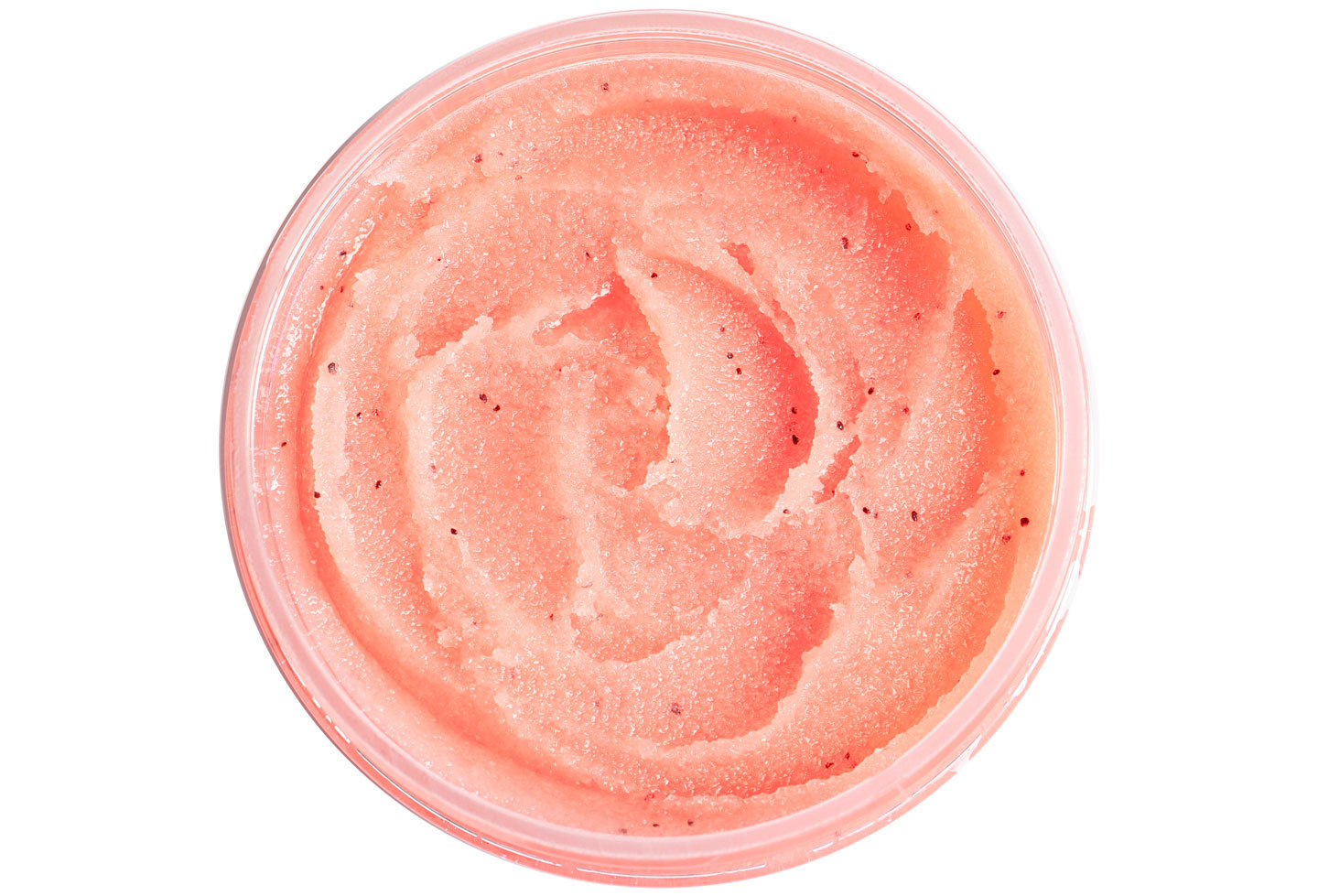 Ingredients That Attract More Water To The Formula

The last point to consider are ingredients that attract moisture in. We've explored salt as a hygroscopic solid, now it's time to look at hygroscopic liquids. This family of ingredients are typically referred to as humectants and the most common one is glycerin.

Glycerin and other humectants are typically assumed to be water free or anhydrous. This is usually true in a pure unopened ingredient sense but in a formula, the humectant will seek out and hold onto as much water as it can physically bind with or get!

A common mis-step among crafters and early formulators is to add glycerin extracts to their salt scrub formulations, particularly as they are sold as a water-free alternative to liquid extracts (with liquid meaning water only tinctures or water/alcohol extractions).

Glycerin and salt can and do form a solution together and they do this by first attracting water to themselves. Their combined water-attracting power will, given enough opportunity, either turn the salt scrub to a sloppy mess or send it into oxidative decline. How long this takes depends on the formula, packaging and storage environment.

With all that in mind we've created a check list of pointers to help you succeed at salt-scrub formulating. The take-home message being ‘Don't get water in your salt scrubs'.

We understand that articles like this can raise questions and welcome those via our technical help desk. You can reach that and receive free technical advice by emailing us through our website.