Articles & Recipes Articles Can You Really Make A Preservative Out of Cocon...

Can You Really Make A Preservative Out of Coconut and Radish Root?

Well yes, it appears you can!

When I first saw that we were to stock a coconut derived preservative I was a little skeptical to be honest. Mostly because I saw the recommended use levels were 2-4% and because that with the per Kg price point would mean this is the most expensive preservative we'd be stocking. But then I had a closer look.

Coconut does have a reputation as being an anti-microbial oil and that is down to its high concentration of lauric acid:

Lauric acid is a saturated fatty acid so the zig-zagged tail shown above is made up of carbon and hydrogen molecules in a long, straight chain. There are 12 carbons in this chain which means Lauric Acid fits into what we call 'medium chain fatty acids' . This is the part of the molecule that allows it to mix in with oils! Medium Chain Triglycerides are popular in cosmetics because of their light yet moisturizing skin feel - we even sell a blend of medium chain fatty acid triglycerides - MCT oil. The head fits the pattern for what we call a carboxylic acid and is water-soluble. Carboxylic acids are very common in nature and are the same type of acid found in amino acids, formic acid (from insect stings) and vinegar! In the scale of acid strengths carboxylic acids are classified as weak acids so they are not overly reactive in a cosmetic product.

We singled out the lauric acid because of all the fatty acids present in coconut oil (and there is more than one) it is the lauric that has the highest anti-microbial power. In order for it to act as an antimicrobial though it needs to release its self from its triglyceride. 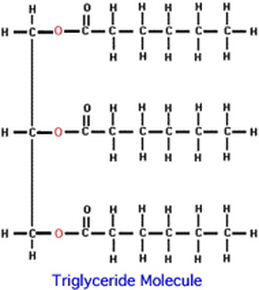 Triglyceride - Glycerin bound to three fatty acids. The fatty acids can be of varying chain length.

Saponification is the reaction that separates the glycerin from the fatty acids so that they can be used separately. This reaction also forms soap.

Chemically vegetable oils are mainly comprised of triglycerides, it just happens that in coconut oil the main fatty acid is lauric. The fact that lauric acid has been found to be strongly anti-microbial means it makes sense to look at making a preservative out of it!

So you might be wondering why I am telling you all this? Well mainly because I am sure that there will be people who see the price of the coconut preservative, know the reputation of coconut oil as an antimicrobial oil and wonder if they can just preserve their product with coconut oil? After all it seems logical enough! Sadly though, that approach is not going to work.

Various studies have been carried out into the anti-microbial properties of coconut oil and its fractions and by far the best performance - the performance that makes this a viable cosmetic preservative is from a modified lauric acid. Basically the lauric acid has to be liberated from its triglyceride and then reacted further by fermenting it with lactobacillus (a natural process) to produce the microbially active lauric derivative. This new lauric derived chemical is then concentrated and sold as a preservative.

Antimicrobial properties of this coconut preservative are reasonable across the spectra of microbes but it is fair to say that it performs best as an anti-fungal ingredient and gram positive bacteria and is not strong enough to kill gram negative bacteria (these are the hardest to kill as they have an outer envelope to protect them). Looking at the data provided by the manufacturer and taking the price into consideration I feel this ingredient is best as an anti-fungal (yeast and mold) preservative booster rather than a stand-alone preservative and as such would always look to pair it with something else - what, we will look at a bit deeper in our experimental section!

Lauric Acid has been widely studied for its antimicrobial activity against P. Acnes and Candida Albicans and has been found to significantly reduce both the inflammation associated with acne and the intensity of the microbial attack.

But it is not just as an antimicrobial that this modified coconut lauric acid performs well, it has also been found to be highly moisturizing and maybe that is where it can justify its extra costs.

Tests by the manufacturer found this preservative to be non-irritating and non-sensitising so it is safe to use at the recommended dose in leave-on products such as moisturisers, eye creams, serums etc. On testing it at 2% in a moisturizer base it was found to increase the skins moisture retention by 30% 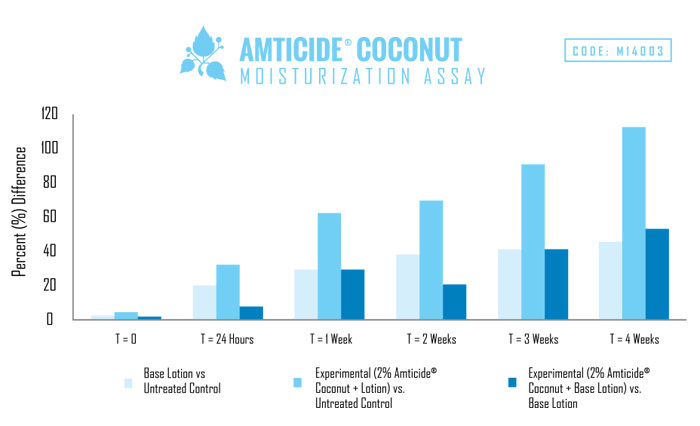 Origin: non GMO sources of Lactobacillus from bacteria and Coconut Fruit Extract from the coconut plant.

Heat Stability: Not brilliant, best to add below 50C as while it can cope with temperatures up to 70°C we don't recommend holding it at that temperature for any length of time.

The manufacturer suggests pairing this with the radish root extract for optimal results so it might be worth us having a look at that one now too!

Leucidal liquid is based on an antimicrobial peptide derived from the lactic acid bacteria leuconostoc kimchii. Kimchi, a type of fermented cabbage popular in Korea, takes its name from this bacteria and shares it's anti-microbial powers. As with many fermented foods the kimchi was found to be able to inhibit the growth of other microorganisms in two ways, firstly it acidifies its environment and secondly by producing an antimicrobial peptide which impedes microbial growth. While the fermented vegetable Kimchi contains many 'good' bacteria it is the gram positive Leuconostoc Kimchii that we are interested in as a preservative. So while the Leuconostoc Kimchii focuses on acidifying our cosmetic base, thus making it less attractive to other common microbes the peptide this fermentation produces helps to inhibit growth of any microbes that are still present. The peptide produced is a member of a family of peptides called Bacteriocins and these are protein based toxins produced by bacteria to inhibit the growth of similar micro-organisms. Functionally these work in the same way as antibiotics although over a much narrower range and focusing on more specific microbes. This is both good and bad, good because the 'good' bacteria is not targeted and can continue to thrive both on our skin and in our product (as the Leuconostoc kimchii) where it continues to acidify the base but it is bad because the specifics of how this works means it can't cover the wide range of microbes we need to control in a cosmetic formulation. So for that reason I'd say it is unlikely that the Leuconostoc is going to be a great choice as a stand-alone preservative but rather, would be best in a blend.

What we see with the radish root extract is a completely different approach to product preservation to what we, at New Directions have offered before and as such it makes an excellent preservative booster for combination with our existing products. As for the coconut extract well this is similar in function to the Glyceryl Caprylate, another medium chain fatty acid and as such we would not see the benefit in blending these two ingredients together as part of a preservative strategy as they will work in the same way.

The next stage in our R&D for these ingredients is to try them out in one of our base formulations. We need to run Preservative Efficacy Testing and evaluate the results in order to gain a better insight in how these preservatives might work in reality. However, as with all cosmetic products, as each formulation is different it is unlikely that one test cream result could or should be used to guarantee performance across the board.

Based on the information I've seen above I'd suggest treating both of these preservatives as a booster along with a chelating agent in a natural formula and carrying out a PET for each formula change.

Our PET results will be coming soon but first we wanted to see if these preservatives had any effect on the emulsion stability and viscosity.

More about: Coconut, Preservatives
This post has been closed; further comments cannot be added.