A Closer Look at Benzalkonium Chloride

Benzalkonium Chloride is one of a handful of recognised actives for alcohol-free hand and surface sanitisation. Here we unpick its chemical name and discover more about what it does, how it does it and its environmental fate.

The Chemistry, features and benefits of Benzalkonium Chloride

Unpicking the Chemistry - What a name tells us

Benz: A chemical that has a benzene ring structure in its chemistry. 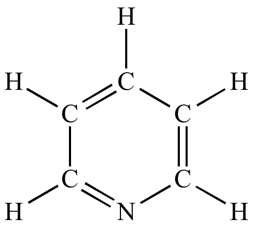 Benzene rings are, as the name suggests, circular molecules containing 6 carbons and 6 hydrogens. Molecules that contain benzene rings are also classified as aromatic and many exist naturally in essential oils:

Phenethyl Alcohol: Also known as Rose Alcohol due to it being a major component in Rose Absolute. Also found in Champaca and Jasmine.

Alk:
This is shorthand for Aklyl which is a name given for a family of chemicals that are made up of carbon-hydrogen bonds. Methane is the simplest alkane. So Benzalkonium Chloride has a carbon-hydrogen chain coming off its benzene ring structure. In this case the Alkyl chain is between C8-C18 long, these chain lengths are typical of what we find in natural fats or triglycerides.

Onium:
This is the cationic bit - the bit with the positive charge.

A common 'onium' ion is Ammonium, NH4+ , Ammonium is typically converted to urea in excreted by humans as Urea, found in Urine. Urea is also a well-known and much used active in medicinal skincare for barrier repair, anti-itch and skin soothing.

Synthetic Onium molecules such as Benzalkonium Chloride fit into another family called Quaternary ammonium cations or QUATS for short. Quats share similarities in their chemistry to natural oniums (which are also antimicrobial) but they are typically much stronger in their antimicrobial efficacy due to the way the ammonium ion has been modified so as to have a permanent positive charge.

In a synthetic or man-made quat, the ammonium ion is modified by replacing the four hydrogens with carbon chain (or Alk - Alkyl) groups. In Benzalkonium Chloride, two hydrogens are replaced by methyl groups (CH3) and the third is replaced by a carbon chain that is between 8-18 carbons long.

Chloride:
Because the Nitrogen left over from the ammonium salt has a positive charge it can attract a negative Counter-ion to its self. In the case of Benzalkonium Chloride that counter-ion is chloride, Cl.

The addition of the chloride ion means the finished molecule is stable and qualifies as a salt, another classification of molecule based on its functional group chemistry. A salt is formed when an acid (Ammonium salt or, in this case quaternium salt) reacts with a base (Chloride) to form a new molecule.

The Chloride ion is most commonly found in cosmetics as common salt - Sodium Chloride.

Putting it all together we get Benzalkonium Chloride:

Unpicking Origin. Does this chemistry exist in nature?

While the component parts of Benzalkonium Chloride do exist in nature, the way they have been assembled to form this molecule does not occur naturally. That said, quaternium chemistry is found in nature and molecules with this chemistry perform several metabolic roles within our bodies. So, chemists didn't invent quat chemistry, nature did, chemists just modified the look and feel or it, employing it to do slightly different jobs.

How does Benzalkonium Chloride kill microbes?

Benzalkonium Chloride qualifies as a broad-spectrum antimicrobial. It works by disrupting the membranes of microbes thus weakening and eventually killing them. Because the action of Benzalkonium Chloride kills microbes, the ingredient is called a Biocide. In cosmetic science we use ingredients like this as both actives (antimicrobials) and preservatives. In the case of preservatives, they can be microbiocidal (biocides) or micro biostatic with biocidal molecules generally being thought of as 'harsher', stronger or more effective. While biocidal preservatives are still used in cosmetics, there is a strong trend towards micro-biostatic technology as we learn more about topics such as antibiotic resistance, the skins microbiome and the environmental impacts of biocides.

Are Biocidal actives such as Benzalkonium Chloride bad?

There are lots of pathogenic microbes that require a microbiocidal approach to their management, especially in situations where human health is under attack. Antibiotics could be classed as biocides and it is here where we see a potential problem when biocides are used indiscriminately.

Antibiotic resistance is a very real threat in our modern world due, to a large degree to our over-zealous and sometimes indiscriminate use of biocides in day-to-day life. Over the last few years groups such as the FDA in the USA have restricted the use of biocides in common every-day products such as hand soaps due to evidence showing no additional benefit but plenty of potential risk.

When added to soap, ingredients such as benzalkonium chloride do little to improve the antimicrobial efficacy of the product but can add to the overall release of biocide into the environment. While the action of Benzalkonium Chloride and other biocides is broad-spectrum, these molecules don't kill everything and what's more, over time, when exposed to sub-critical doses (non-lethal doses), some microbes can find ways to overcome the threat - build resistance. This resistance creates microbes such as MRSA (Methicillin-Resistant Staphylococcus Aureus).

While it is tempting to then consider that all biocides are bad and should not be used, it is more accurate at this time to adopt the approach that it is the over-use or indiscriminate application of biocides that is causing the problem rather than their use per se. Biocides have their place in helping us keep ourselves and our environments safe, clean and sterile but they are should be used with caution and generally only for specific purposes and time frames.

What happens to Benzalkonium Chloride when it gets into the environment?

Being biocidal, this chemical needs to be managed carefully in its concentrated form and should not be released into the environment as is due to its ability to affect natural microbial ecosystems such as soil ecology and water ways. However, when benzalkonium chloride enters the environment under normal use conditions it will biodegrade and has a low potential for bioaccumulation both in waterways and soil. Water treatment plants are able to remove this chemical from waste-water and collect it in sediment for further treating or remediation. So, while it is reasonable to exercise caution with this chemical, it is not the case that this will cause long-term environmental disruption if used sensibly. As mentioned before, the issues come with wide-spread persistent or indiscriminate use.

It is worth mentioning that all biocidal products have been under review in light of the reality of antibiotic resistance. In Europe back in 1998, the Biocidal Products Directive initiative was developed and since then several pieces of legislation have been developed, some biocides have been discontinued and others have been more thoroughly investigated to fill any data gaps we have. Initiatives like this enable the chemical industry to make continued progress on finding ways to reduce the threats that pathogenic microbes pose while not increasing the risks elsewhere. Since the late 1990's, the chemical industry has taken a 'cradle-to-grave' rather than a discrete (and often detached) problem solving approach to new and existing product (and chemical) development. As with all things scientific, this is a journey rather than a destination so it is likely that as we know more and develop further more old technology will be replaced as more holistically beneficial chemistry becomes commercially viable and available.

As with all biocidal chemicals, benzalkonium chloride should be used with caution due to its potential to add to antibiotic resistance when used indiscriminately and its potential to trigger contact dermatitis in susceptible people, especially when used excessively or when products containing high doses of the active come in frequent contact with the skin. That said, there has been much research into how this active can be formulated for maximum efficacy with minimum risk. In terms of sanitisation, effective formulations can be made using less than 0.2% of this on a per-actives basis. While Benzalkonium Chloride is highly toxic as a neat chemical, when formulated into a typical sanitiser spray, foam or gel, the resulting product often presents a much lower overall toxicity than a formula containing 70% alcohol.

There are several advantages that Benzalkonium Chloride has over alcohol in sanitising solutions including:

In summary, Benzalkonium Chloride has a lot to offer in terms of keeping us and our environments sanitised but too much of a good thing turns bad.

So, is a product with Benzalkonium Chloride right for me?

Benzalkonium Chloride based sanitiser sprays, gels and foams should definitely be used with caution and should probably not be used as an every-day product by most people/ businesses, all of the time. However, during times of increased risk or where excellent hygiene is essential to the safe running of a business, sanitisers based on this can be a very useful, highly effective, affordable and convenient step in your hygiene protocol. As to whether these products are safer than alcohol-based sanitisers, as discussed here, you could say both yes and no to that. A risk-benefit analysis of your particular situation will help determine the answer.